Kristen Stewart comes on the screen
J: Who's that girl?

Taylor Lautner appears on the screen, shirtless with his six pack gleaming
J: Yummers
Piglet: Is it wrong to sweat the 17 year old boy? I feel pervy
T: Would you do him if you were 18?
Piglet: Hell, I'd do him at 21.


Towards the end of the movie
J: Seriously, where's Dakota Fanning? I thought she was in this movie?
After yet another rescue of Kristen Stewart.
J: "Jesus, what's with this girl? She's worse than Spider Man's Mary Jane in heroines needing rescue every 1.5 seconds.

T: Are his abs airbrushed?!

Movie over, the trio exiting
J: Ugh, that was lame
T: I want my money back
P: Totes
J: We probably should have seen Twilight first
Other moviegoers exitting as well (Apparently irritated): Yeah, no shit.
Posted by oogie at 9:42 AM 1 comment:

This blog post brought to you by the CAPS key

A lot of attention is being focused on Anthony Sowell, the upstanding Cleveland citizen who committed rape and murder for years, stashing the bodies under his house. While I do NOT for any second question the cruelty of his actions, I cannot help but wonder if he does not have a gene (See http://www.newscientist.com/article/dn18098-murderer-with-aggression-genes-gets-sentence-cut.html) that predisposes him to raping and murdering people, at least more so than the average Joe? Should we not take this predisposition into account, especially when you consider that his neighbors almost unanimously said that he really was not a bad guy, except for a tendency to smell (this latter tendency really being unforgivable, when viewed objectively, of course)? Another issue I have with Tony's case is that for these women (ahem, all black) that he ALLEGEDLY harmed, should we not ask ourselves: Is it a coincidence that a majority of them were drug users or with jail records? Another question: Why would a woman willingly go to a man's house that she had JUST met? Trust me, I get it- the Sexual Revolution came and ruined EVERYTHING that was great about this country, but women still have the responsibility to behave like ladies. In addition, doing drugs, being black, allowing yourself to have a jail record, etc, these are just a setup for rape/death. For once, I ask that women take some sort of accountability for their rapes and murders by nice Cleveland men such as the T-Man here. Society loves to focus a lot on these men for their crimes, and never once do they question the women's role.

Now, before you jump on my throat, I will have you know that I am a woman, and I have a feminist friend. So I know what I speak of. We are doing women out there a DISSERVICE by not telling them to a) wear long skirts (if they MUST wear a skirt, b) not shower often (and thereby ward off the scent that makes men think of raping them), and c) not do drugs, go to jail, and/or enter strangers' houses. Instead, what we hear of ALL the time is how men are monsters/suck for committing rapes and murders, etc. It is just unfair.

To the readers, I hope you can see where I am coming from. I was mostly inspired by this great post by fellow woman (and a feminist too at that!) where she commented on Rihanna and domestic violence. Now if you'll excuse me I'm off to the gym. I plan not to shower afterwards.

Forwards from Ma: Forward this or you're gonna DIE!

Since our dear mother finished yet another degree, the extra time on her hands is spent forwarding emails to her poor children (and yet she wonders why her computer crashes with her insistence on opening every forwarded attachment). Since we wish not to suffer alone anymore, we will share each week the most ridic of those sent to us. You are absolutely welcome.
When God is about to reposition your life
know that the devil will begin to attack!
Read to the bottom
This is a simple test:
IF YOU LOVE JESUS,
SEND THIS TO AT LEAST 10 PEOPLE INCLUDING
THE PERSON WHO SENT IT TO YOU!
If I don't get this back,
I will know you really
didn't read it.. I got this from someone and
thought the last part
was really a good
thought.
Too bad that the person who sent it to me did
not know 10 people who
would admit to knowing
the Lord
...
It goes on in this fashion, but here's what is most important: What happened to the friend that sent this who didn't know 10 people who believed in God???
Posted by oogie at 10:37 AM No comments:

Halloween is this Saturday, so a little PSA for all: Do not go as

Chris Brown and Rihanna, on day of beatdown

From a Huffington Post review of Sunday's Mad Men:

"The Gypsy and the Hobo" is a great episode of Mad Men. For those who've been thinking that the pace of the show was more than a bit slow earlier in the season, that's certainly not the case now.

Please tell me this is sarcasm? Because there are TWO episodes left in the season!
Posted by oogie at 11:55 AM No comments:

Y'all need to use y'all more often.

I was in South Carolina this weekend. When not producing idiotic politicians (Mark Sanford, Joe Wilson), South Carolina kills people with Southern Hospitality and of course, the "y'alls". I think "y'all" should be used more in modern speak. If these three reasons won't convince you why, nothing else will:

Better than saying "you all". "You all" is clumsy to say. No, it's just painfully uncool. Yes anybody can string words together, but words flowing smoothly often overrides the importance of proper grammar. It is why "Your hot" trumps "you're hot" in our current times, because that apostrophe screams acne-ridden recluse that has never been laid. There's the alternative "you people", but that always offends somebody because "you people" obviously means "you non-white, lowest common denominator mistakes of creation."

Paula Deen. Who doesn't love Paula? "Hey y'all. Today we're gonna cook for y'all a healthy salad made with butter. The trick is to not use croutons, and to replace the dressing with butter. Lots and lots of butter. Y'all. It is sooo good."

I lived in Texas for a year plus and now I can't stop saying it. And I think my non-Texas friends laugh behind my back when I say it, so if we can just make this expression hip, I can be a little less uncool, k?

He also ate manure as a kid

My younger brother, while being a fairly intelligent creature of God, has a third grader's sense of humor. Thus, when I found out this incredibly cheesy joke was declared the funniest of the year in the UK, I had to share with him.

oogie: Joke for ye: Hedgehogs - why can't they just share the hedge? LOL

oogie: Are you being sarcastic?

wee bro: Of course. Lol. I thought you caught on.

oogie: How can you NOT like this?? It's your kind of joke.

GENTS U CAN HELP ALSO, IF U KNOW ANYONE WHO IS SINGLE, SISTER, COUSIN, ETC, please help your female friends.


For all the single ladies searching for love. I’m a 33 years old wealthy businessman looking for lady to spoil and to start a family with. Those interested can mail their C.V’s with photo’s to lover@yahoo.com

One of my houses 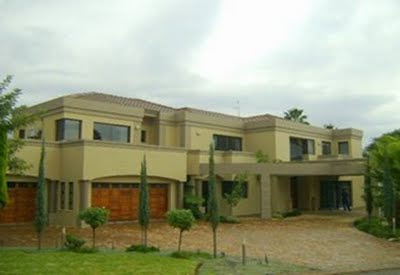 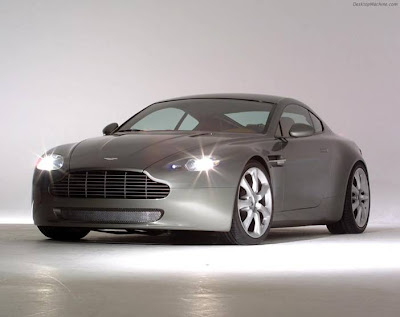 This is me off-course (sic) 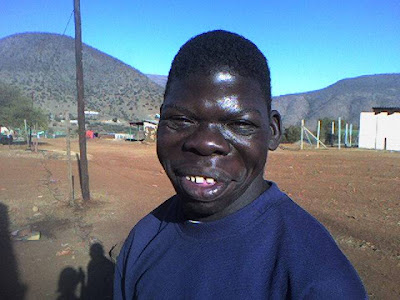 When typos go oh so wrong

From a friend's Wall

Happy late birthday! My son is still waiting for some fucking soccer leasons dick. make it happen. Don"t tell me your too imortaant to meat my baby bohy

Reggie finally comes to his senses and dumps that girl! 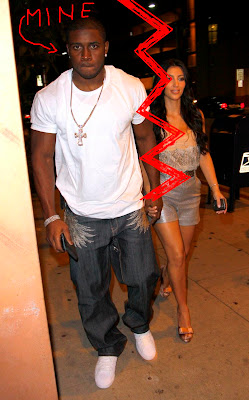 Ha Kim! HA! I so called this relationship as a fluke of the moon’s movements. I mean, why would he end up with you? Did you forget that in the end, you’re a SEX TAPE “star”! (with Ray J of all people as your co-star).

Oh and more importantly, HE’S MINE! (…Once more).


We're moving, and our extremely hot new landlord has been hitting on my sister. So of course we had to have this conversation:


oogie (very dryly): Well considering LILF* is half in love with you, I won't be surprised if he installed cameras in the rooms.

piggie (deadpans): Good point. I'll have to make sure my body is perfect.


Sigh. We do have standards, honest.