No, really, how much money? 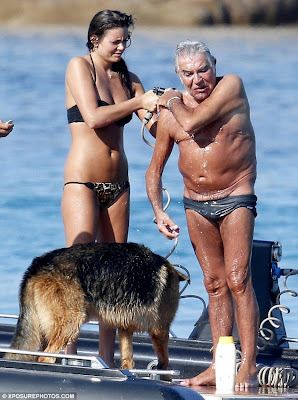 and additionally:  what quality drugs does he have access to?

and also which drugs does she need to be on to, you know, spend time with that?

Anyway, some Sunday night thinking questions for you.
Posted by Piglet in Wellies at 8:52 PM No comments:

Below are screen captures of portions of a Facebook conversation from the wall of a friend: 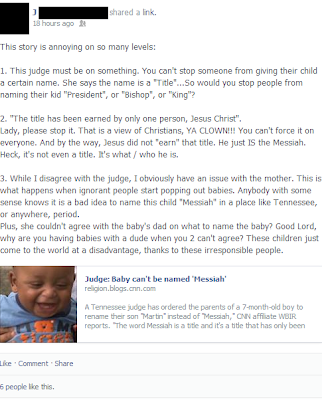 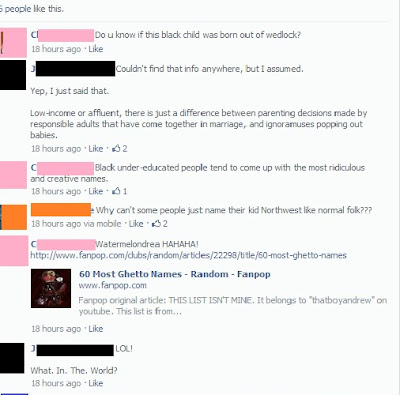 So what is the point of this JustMarvy post?  In a word, responsibility.  The lovely individual highlighted in pink (and nicknamed Pinky for the purposes of this blog) is a frequent commenter on the posts of my friend.  Pinky never fails to make himself known as the most bigoted, hateful, and angry individual in the world.  Case in point, an epic comment string in which Pinky raved and ranted against sexual assault victims, and arguing that rape statistics are falsified due to his numerous friends currently imprisoned due to false rape accusations... ... ...  And do not get him started on anything gay.  By the time you're done reading one of his vitriol-filled rants against members of the gay community, you end up feeling sad for a society that has created a man so closeted that the only way he can live with himself is to hate those who are able to live so freely or who have the courage to do so.

Before I digress any further, I return to the topic of responsibility.  My friend prides himself on having friends from all backgrounds and who have opinions as diverse as can be.  My friend, as such, freely permits his friends to post as they will on his Facebook posts, and often engages in the most lively debates with them.  However, I believe that there is a limit to what one should allow on their turf before it becomes a justifiable third-party belief that the "turf owner", by extension, is the author of such views and is the one spreading and espousing the views that are expressed on that turf.  Look above at Pinky's comments to the case of a judge changing a baby's name from Messiah to Martin.  What, at all, do the facts of the case have to do with being black (or any race, for that matter) or being uneducated?  The rest of the comments (not posted) descend into the usual "let's attack black people" madness and all with no moderation or otherwise from my friend.  To which I now say to him and all other similarly-behaving people: At what point are you required to put a stop to "fuckeduppery"?  As I've said before, opinions can be wrong and people should NOT be given a platform to spread their hate or their ignorance.  So dear friend, it's your wall and by constantly allowing Pinky access to it and allowing him the opportunity to put people of various races, religions, cultures, sexual persuasions, etc. down, you ARE just as ignorant and as at fault as he is.  I've watched as you stayed silent while he, unfettered, offered his opinions on rape and his belief that some rapists are misunderstood, and I've watched you stay silent as he preached that there are people who need to have the gay beat out of them.  Please don't give me the argument of life and opinions and things being composed primarily of grey areas- I am quite certain that you understand the concept of hate; therefore it is your job to stop the hate- Stop him.  Whether or not you agree, To stop him IS your responsibility.  And don't you dare call his nonsense free speech because that actually does have imposed limits.

Posted by Piglet in Wellies at 1:03 PM No comments:

In what may be the CRAZIEST thing I've read about this week month, a group of unbelievably ridiculously insanely misguided Bushwick-based hipsters (*spit!) held a meeting to protest...

No, you did not read that incorrectly.  And what do these concerned citizens look like? 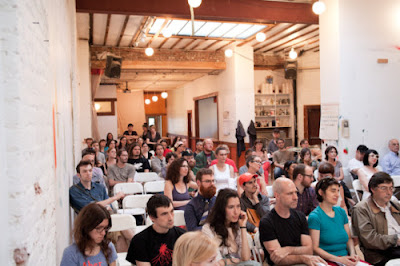 The nerve, the gall... processing this involves a level of acceptance of misguided privilege of which even I am not capable.

In the end, I can only muster up the following:

Posted by Piglet in Wellies at 11:43 AM No comments: