I want to talk about Channing Tatum... 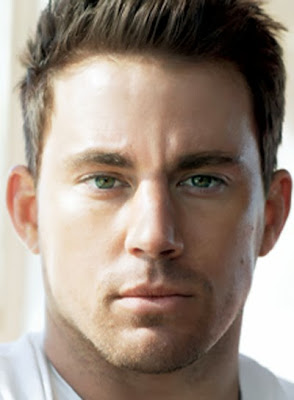 Him with the dead eyes.

P.s.  yes, I have seen him and I admit that I may be the only heterosexual female in the entire world that does not find him attractive... Yes, THAT Channing Tatum:

Posted by Piglet in Wellies at 10:37 AM No comments:

There is a certain demographic of human (cough-cough malewhitemale...) that, when confronted with either (a) irrefutable proof of its privilege and the embarrassment of opportunities afforded said demographic due to such privilege or (b) bigotry, will do anything or say anything to dismiss, trivialize, attempt to negate, or minimize such claims.

Whenever I am faced with a representative of such demographic as they demean the experiences of the historically marginalized, I feel something akin to unbridled disgust- I-could-spit-on-you type of disgust. 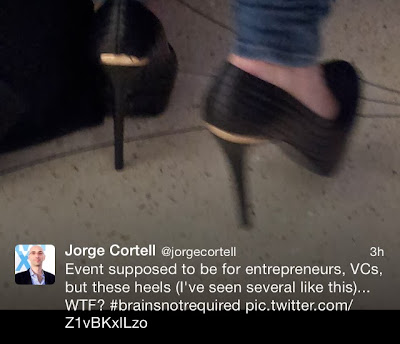 In addition, when confronted with how insulting (and, may I add, misogynist) his picture was, Jorge proceeds to call the woman stupid. So not only does she not have brains, she is stupid.

But we are not here to focus on Jorge Cortell, a breed of man on which I usually try to spare not more than a few breaths because what else is his disease but small d*ck syndrome?  We are here to discuss a commenter to an article posted by Nitasha Tiku of Valley Wag, which lambasted Jorge Cortell for his sexist tweet and which appropriately states:  "Brainpower, it appears, was also conspicuously absent when Cortell tried to measure intellectual rigor by the bottom of woman's shoe."  A commenter, however, attacks Ms. Tiku's article to say,

"This had nothing to do about women until you decided to make it about women...
He was simply stating facts about how high heels are bad for your health, and in turn that makes you stupid for wearing them.
The same could be said about cigarettes and smokers. Just because it is mainly women wearing high heels does not mean he was attacking women. He was attacking high heels."

The commenter, some fool named "Fairplaythrowaway", really really just did say that.  Calling a wearer of high heels stupid and without brains is not an attack on women?? Like, legitimately and truly, you really did just say that?  Besides women and drag queens, who else wears high heels? Please explain this to me? I doubt I'd be far off when I say that 99% of wearers of high heels ARE women.  So who on earth is he referring to?

And so I refer you back to my opening paragraph where I say that people will do ANYTHING to deny bigotry and prejudice.  Because for them to accept that it does exist means that they have to take a closer look at themselves and clearly, they would not like what they see in the mirror.  I am disgusted.  Like, spit-on-you disgusted.