I have never been more excited to fail a quiz in my entire life: 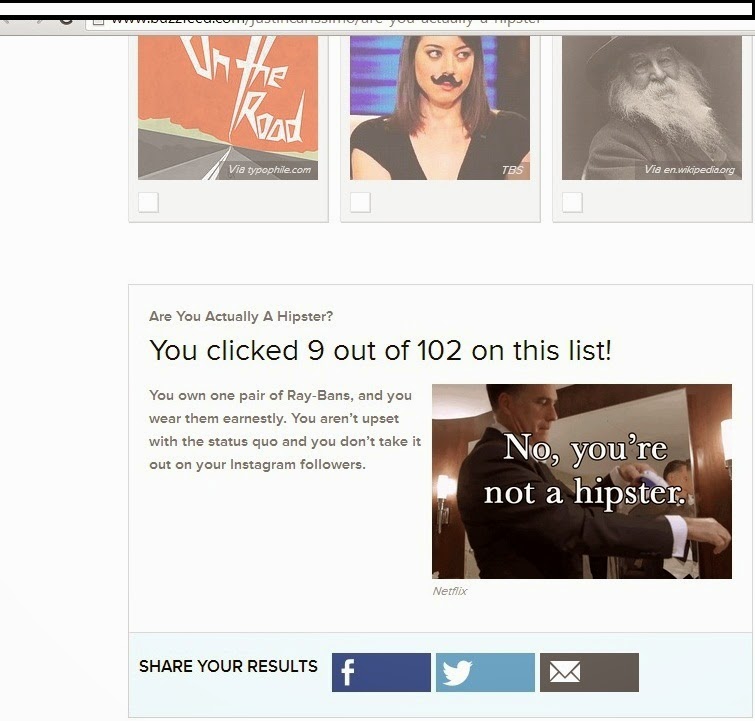 Posted by Piglet in Wellies at 2:25 PM No comments:

What really happened at the Oscars.

"And the Oscar goes toooooo... Lupita Nwa Thiongo for 12 Years a Slave!!"

[Lupita Nwa Thiongo commences her acceptance speech.  Inevitable statement about her forefathers.  Speech interrupted by text message from her brother: "You're East African"]

[Microphone accidentally picks up conversation between Anne Hathaway and Natalie Portman]:
Anne:  "I now understand why she is winning an Oscar! For a second there, I was wondering if I should start watching Scandal."
Natalie:  Right? Gosh her skin is like ebony.

(*Yes, I am aware that apparently no one was played off stage.)
Posted by Piglet in Wellies at 2:47 PM 2 comments: